As an economic and cultural powerhouse that retains abundant traces of its historic past, Montreal is an appealing destination for vacation and business travelers alike. The five-star luxuries of the Ritz Carlton Montreal promise guests a calming retreat from the vibrant streets of cosmopolitan Montreal. Visitors can savor gourmet cuisine, admire the artistry of the on-site Cosner Gallery and stretch travel-weary muscles in the state-of-the-art fitness center. 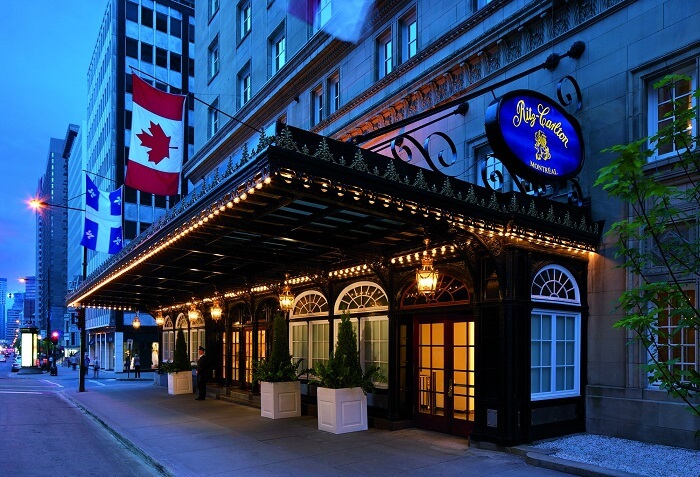 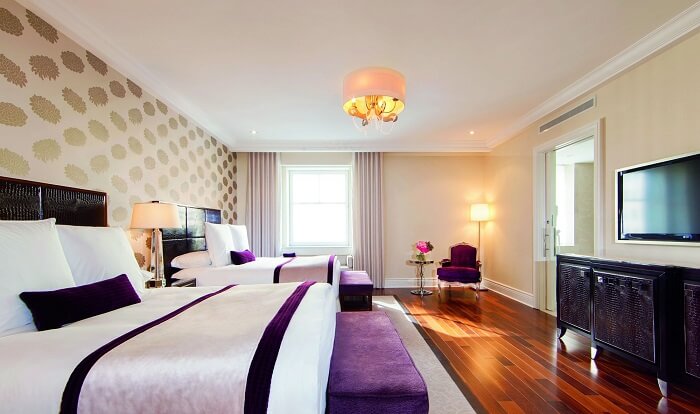 In 1912, the Ritz Carlton Montreal opened its doors to wide acclaim. It also earned the distinction of being the first Ritz Carlton hotel in North America. Founded on the idea of opulent luxury that would not just attract guests, but permanent residents to its halls, the hotel featured beautiful public spaces and lavish guest rooms. Moreover, the gracefully winding staircase was designed for women to display their elaborate gowns as they descended to dinner.

After a four-year, $250 million refurbishment, the hotel reopened on its centennial in 2012. Today, it retains its stately beauty, highlighted by modern touches. In addition, the guest rooms feature a mix of comfortable luxuries and appealing upgrades like fireplaces, marble bathrooms, heated floors and bidet toilets. 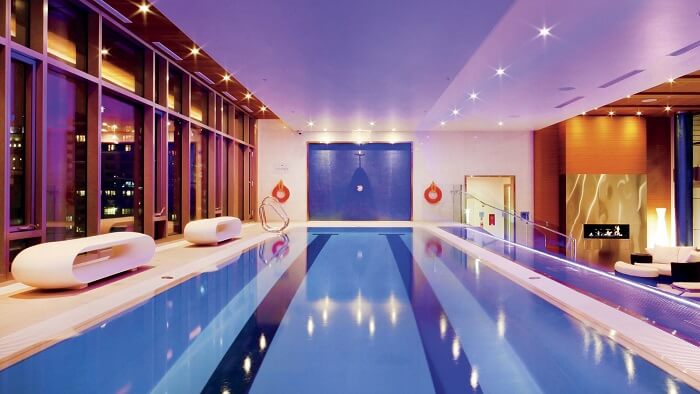 The Ritz Carlton Montreal offers guests the choice of accommodation packages. These include free activities and services at the hotel. Such as the use of the hotel’s luxury car, free breakfasts and complimentary passes to city attractions.

Guests arriving at the airport can arrange for private transfer using the hotel’s exclusive car service. There are also taxis at the airport. Moreover, guests traveling by train will arrive at the Montreal Central Station and have just a 15-minute walk until the hotel.

For visitors who choose to rent their own vehicle for the 20-minute journey to the hotel, they should exit the airport on Autoroute 20 East, keeping to the middle lane. This will turn into Autoroute 720 East. The, after 16 kilometers, take Exit 3/Rue Guy. The first traffic light will be René-Lévesque, where drivers should take a left. The next traffic light is Rue Guy, where drivers will make another left turn. Moreover, after three traffic lights, drivers will make a right onto Rue Sherbrooke Ouest. The Ritz Carlton Montreal will be on the right.

Explore exhibits that highlight the mysteries of life near the ocean floor, in a rainforest, on an Antarctic shore, or in the nearby St. Lawrence River. The Biodome is an exuberant celebration of the diversity of Earth’s many ecosystems. A botanical garden features both open spaces and greenhouses that hold examples of species from across the planet. The Insectarium provides a look into the lives of species that creep and crawl. There’s also a planetarium with excellent exhibits that provide contrast between the lush vegetation of the biodome and the fascinating reaches of space.

Once only frequented by fur traders, the area of Montreal’s founding is today an atmospheric mix of beautiful buildings and vistas of the St. Lawrence River. There are cobblestone streets and a charming mix of quaint shops and sidewalk eateries. Moreover, they are all interspersed with street performers, markets, and galleries. Sites of historic interest are the Basilique Notre Dame that dates to 1672 and the Old Montreal Museum. The Old Port is an area full of interesting sights that include a clock tower and the Montreal Science Center. In the winter, an impromptu ice skating rink is set up in the Old Port area.

This 500-acre park is situated on the hill that gives Montreal its name. In a city of vibrant urban spaces, this park provides a welcome spot of greenery and a slower pace of enjoyment. From the Chalet du Mont-Royal, visitors can savor a wide view of the city’s skyline and take impressive pictures. There are plenty of winding trails for exploring the park, with flowering bushes to enjoy during the spring and summer months. Beaver Lake looks out over the domed buildings of the city and provides ice skating and sledding opportunities during the winter months.

All in all, Montreal has a fascinating mix of glittering skyscrapers and Parisian-inspired buildings that date back centuries. The city also beckons visitors to explore the cobblestone streets of its historic quarters and sample its world-class restaurants. Overall, visitors can peruse its fine art galleries, catch a rugby match in a stadium or ponder the mysteries of our galaxy in its science museums. So, if you’ve had the opportunity to spend some time at the Ritz Carlton Montreal let us know all about your experience in the comments below. From the cobblestone streets to the desert land of Coachella Valley, Ritz Carlton offers you a gateway at the Rancho Mirage all the way down in Palm Springs.