The United Arab Emirates, with its 917000 sqm territory, is a federation formed from seven independent emirates in the period when the British people retreated from the Gulf, 1971 to be more precise. Abu Dhabi, Dubai, Sharjah, Fujairah, Ras Al Khaimah, Umm Al Quawain and Ajman are the seven states which are part of the United Arab Emirates.

The territory stretches on a triangle formed by water, close to the Persian Gulf, with coastlines which expand to the West, North and East until it reaches the Arabian Sea. Along the coasts there are large islands, coral reefs and salt marshes. The shore is dotted with surfaces of sand and deserts, and to the East we have the Hajar mountains.

Tourist agencies have started to promote the United Arabian Emirates as a sensational destination filled with contrasts. There is indeed truth in this affirmation. Mountains, beaches, oases, deserts, camel races, Bedouin marks and exotic gardens have been put together in a relatively small area. 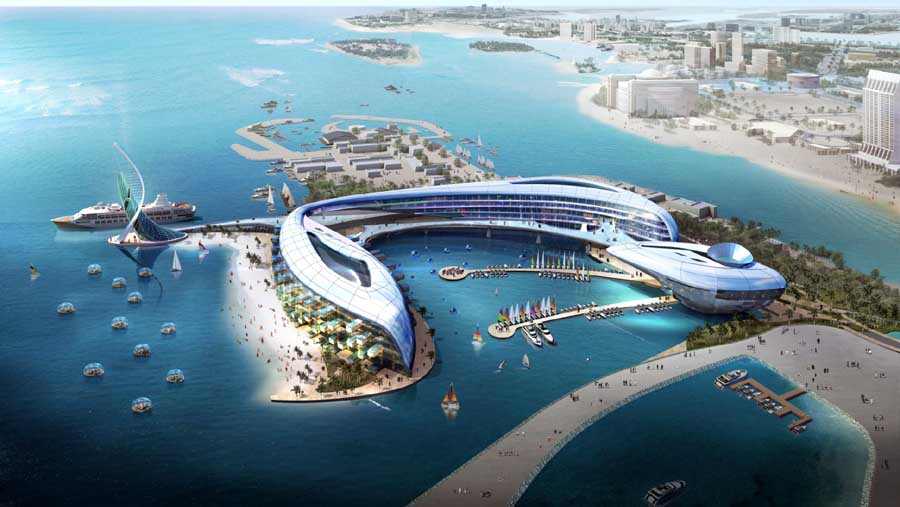 Food is also something you should definitely experience in the United Arabian Emirates. Most of the dishes are made with rice, meat and fish and the most popular spices are coriander or saffron. A popular meal is machbous, which is prepared from rise, assorted meat, onions, tomatoes and lemons. There are also deserts like al-halwa made from sugar, eggs, watr and oil, or Kishnot, made from peanuts and sugar.

Because of its position, the United Emirates have always been an important link between Europe and the , Asia, the Far East and the Indian subcontinent. Most of the cities are extremely modern which means there are many luxurious hotels and great things to see.